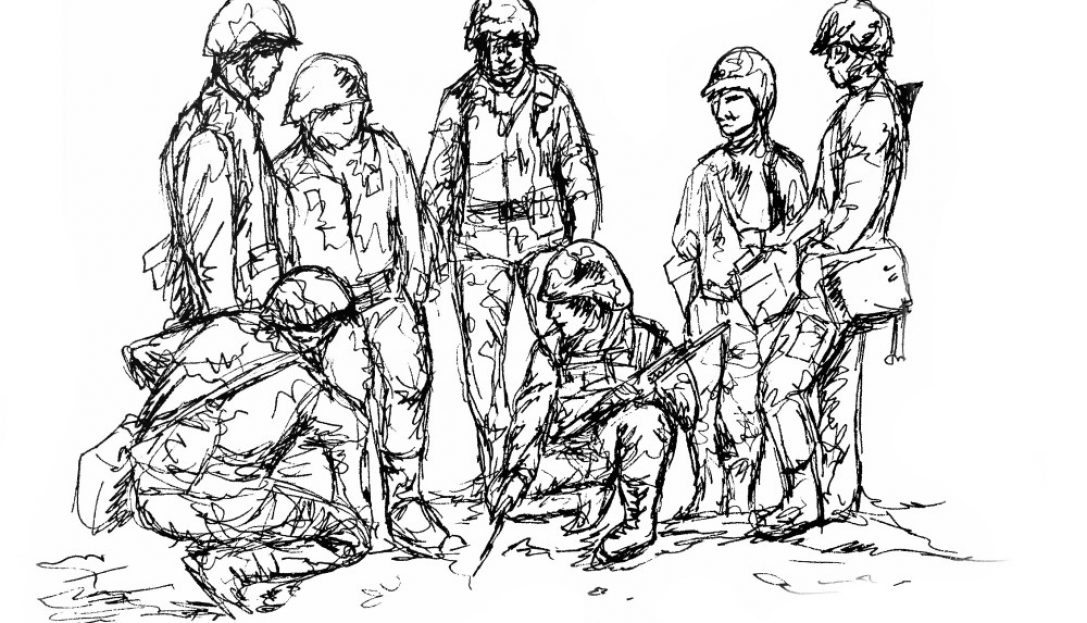 Noise-induced hearing loss (NIHL) is one of the most common disabilities among veterans, exceeding even PTSD, and costs the Department of Veterans Affairs over $1 billion per year (Wells et al. 2015, 34; Tufts, Weathersby, and Rodriguez 2010, 243) Because there is no cure for hearing loss, these obligations extend through the lifetimes of all affected service members.

In addition to disability compensation obligations, NIHL results in two secondary costs. First, veterans who face unemployment or sub-optimal careers because of hearing loss may have reduced economic output. While exact numbers are unknown, this is likely a large figure due to the prevalence of NIHL. Second, NIHL causes high turnover as some affected service members become unfit for duty in their current positions (Cave, Cornish, and Chandler 2007, 729). Exacerbating this are substantial delays in audiometric testing following exposure; thus, until the hearing damage is discovered other personnel may be at risk. This is particularly dangerous in light of Cave et. al’s finding that “many patients subjectively judged their hearing as better than their actual thresholds” (Cave, Cornish, and Chandler 2007, 728; Clifford and Rogers 2009, 418).

Tufts et. al modeled government-borne indirect costs of NIHL by evaluating a group of navy machinists, arriving at an estimated lifetime cost of $13,472 per person. Although the noise exposure conditions of a naval machine room differ from those encountered in overseas deployments, this figure serves as a useful approximation of the scale of the costs of NIHL (Tufts, Weathersby, and Rodriguez 2010).

Noise induced hearing loss can result from exposure to a loud environment for too long (continuous noise) or by a sudden burst of sound (impulse noise). Exposure to dangerously loud noise causes an increase in the minimum volume needed to hear sounds at that frequency. This is known as a temporary threshold shift (TTS) and can become permanent if the damage is severe enough or if insufficient recovery time is allowed before subsequent exposure. The recovery period can range from several minutes to ten days depending on the type, duration, and volume of exposure (Clifford and Rogers 2009, 421).

TTS is usually painless and often goes unnoticed (Clifford and Rogers 2009; Nemes 2011, 24). This type of injury can occur over a week after exposure depending on volume and whether the noise is short or prolonged (lasting longer than half a second) (Clifford and Rogers 2009, 241). Additionally, severe mechanical damage begins at approximately 125 dB, about the volume one hears when standing next to a pneumatic drill. At this level there is a sharp increase in hearing loss; above this listeners will feel pain (Occupational Health & Safety Administration, n.d.; Clifford and Rogers 2009).

IEDs are by far the largest source of noise-induced hearing loss (Mernoff and Correia 2010; Lobarinas et al. 2014; Wells et al. 2015). Soldiers injured by an IED had a one in three chance of experiencing a perforated ear drum and an ever greater chance of suffering permanent hearing loss (Cave, Cornish, and Chandler 2007). This high incidence of NIHL is partly due to the 90% survival rate for combat injuries (Mernoff and Correia 2010). The introduction of better helmets, body armor, and faster access to medical care allows more soldiers to survive serious wounds than ever before. More servicemembers are surviving severe injuries like those produced by IEDs, but they are often left with permanent disabilities such as hearing loss. The problem of NIHL will only grow as battlefield medicine advances.

Thus far efforts at preventing hearing loss from either continuous or impulse noise have floundered because of compliance problems (Clifford and Rogers 2009, 418; Wells et al. 2015). Barriers to user compliance include discomfort from wearing the device and a lack of awareness of NIHL risks. Not using HPDs leaves soldiers vulnerable to painless temporary threshold shifts. The effect of a temporary threshold shift on the service members’ ability to detect an enemy is at least as bad as wearing an HPD in the first place and could be worse if the soldier is exposed to a particularly loud noise (e.g. from a nearby explosion) (Price, Kalb, and Garinther 1989).

The situation is bleak for soldiers who have already experienced hearing loss: in Price et. Al’s research, the combined dampening effects of hearing loss and an HPD caused soldiers to fail to recognize the enemy practically until visual contact was made (1989). If a soldier is isolated and suffers a perforated eardrum, they will be vulnerable to a surprise attack, unable to hear orders, and could be missed by search attempts. Those not wearing hearing protection at all times are at serious risk of not only long term hearing damage but also sustaining injuries that directly impact combat effectiveness. An impulse noise event such as an IED exploding has different effects depending on distance from the blast. Soldiers who are closest to an explosion run the risk of ruptured eardrums and subsequent temporary deafness. Even with medical attention, the recovery time of this injury can be up to several months. Hearing damage following roadside explosions where soldiers are not protected by HPDs reduces coordination and delays decisive action exactly when a swift response is needed.

The soldier’s fear of not hearing the enemy before it’s too late is a major barrier to user compliance. Price et. al summarize the soldier’s perceived dilemma: wear protection at the risk of not hearing as much, or refuse HPDs and risk harming hearing even further (Price, Kalb, and Garinther 1989, 49). The military urgently needs an effective HPD that addresses service members’ concerns.

I advocate issuing custom-fitted earplugs to every service member at risk of harmful noise exposure. Though costly in the short term, this plan would increase the chances of consistent user compliance. It’s critical that all at-risk service members wear hearing protection consistently and from the beginning of their service–before damage occurs (Tufts, Vasil, and Briggs 2009, 547). Due to the unpredictability of combat, even occasional periods of foregoing HPDs can be catastrophic. Custom-fitted earplugs have an advantage in this respect because of their significantly greater comfort (Rajguru 2012). Mrena et. al retrospectively studied the effect of more stringent hearing protection regulations in the Finnish military. They found that though the regulations decreased hearing loss, the effect was milder than expected. Among other possible explanations for this finding, they noted insufficient compliance and HPD field performance that differed from that within the laboratory (Mrena et al. 2008).

Custom-fitted earplugs greatly reduce the possibility of incorrect use. Incorrect insertion (such as not inserting the earplug fully into the ear canal) explains the discrepancy between field performance and noise attenuation (noise reduction) in the laboratory. Earplugs frequently offer only one third of their potential performance because of improper insertion (McKinley and Bjorn 2004, 7–8). However, training does not make standard issue earplugs more comfortable, as they often fit poorly (McBride et al. 2013, 8). McKinley explains how custom earplugs solve the key issues of proper usage and comfort:

“With deep insert (to the second bend of the ear canal) custom earplugs, comfort was achieved only when the plugs were inserted completely and therefore correctly… Investigations showed that deep insertion significantly improved attenuation performance by approximately 10 dB… The performance gains were also repeatable and reliable. Users also reported deep insert custom molded earplugs integrated with miniature earphones were so comfortable they used them to listen to music while off duty.” (McKinley and Bjorn 2004, 8–9)

The clinical visit to fit custom earplugs is also an opportunity to educate the servicemember on proper insertion techniques of regular ear plugs in case their custom pair are lost or damaged. Training in insertion techniques of regular earplugs can lead to a 10 dB improvement in attenuation–a substantial increase in protection of ear passages and canals (Rajguru 2012, 41). The fitting can also reinforce the importance of consistently wearing HPDs to prevent hearing loss.

The main drawback is cost; this program would require a great deal of resources. Creating custom earplugs requires taking deep impressions of the ear canal, which can only be done by specially-trained medical personnel; this would require a large increase in medical staff (McKinley and Bjorn 2004). New fittings are also required once a year until the soldier’s condition has stabilized to ensure the earplugs can continue to be worn comfortably (McKinley and Bjorn 2004, 5). However, given the staggering expenditure by the Department of Veterans Affairs on NIHL and the decades-long disability payment obligations owed to this type of injury, the cost of the program is likely to be outweighed by the long term savings.