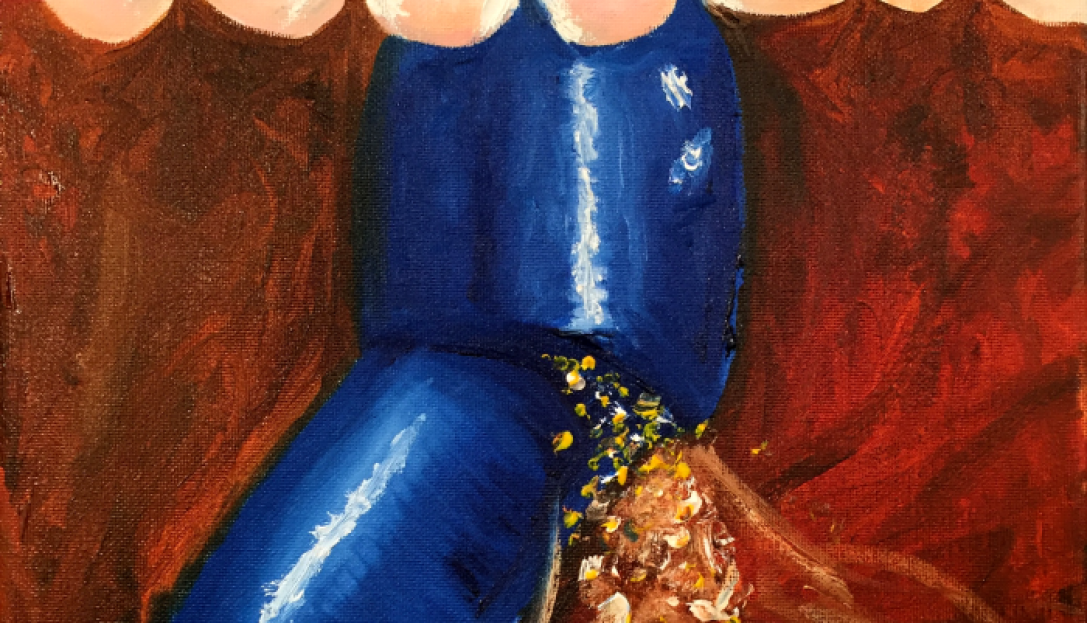 A Possible Link Between Prescription Painkillers and Heroin Use

In the past decade, use of prescription opioids has skyrocketed, and overdose rates have quadrupled. In the early 2000s, deaths attributed to nonmedical prescription opioids (NMPOs) surpassed those of heroin and cocaine combined (Paulozzi et al. 2006). The increased rate of abuse can be attributed to an increase in opioid prescription overall; four times as many prescription painkillers were supplied to pharmacies and hospitals in 2010 than in 1999. This increase can also be credited to a shift in how chronic pain was treated, as opioids began to be acknowledged as a legitimate treatment. The problems associated with prescribing these medications accurately signify a larger problem in pain research – not enough is known about the mechanisms of pain and the way it is processed in the brain to develop an effective treatment. Around 100 million Americans suffer from chronic pain, a nebulous disorder defined as persistent pain that has no evident cause (Niv and Devor 2004, Pizzo 2012). It may originate from an initial injury, or gradually and spontaneously. Even more disturbingly, research has shown that it leads to damage in the brain, including areas involved in cognition. Although it is an extremely common disorder with significant physical and psychological consequences, no effective cure has been established that does not target the opioid system.

Opioids are a class of drugs that include prescription painkillers such as Oxycontin, Vicodin, and Percocet, as well as morphine and heroin. These drugs interact with opioid receptors in the brain to suppress pain and produce euphoric, pleasurable effects (Corbett et al. 2006). The opioids act on a part of the midbrain, or mesolimbic, reward system, which includes parts of the brain such as the ventral tegmental area and the nucleus accumbens. This pathway is associated both with perception of natural rewards such as food or sex, and with drugs of abuse such as cocaine or heroin. Because opioids act on this pathway, they have a high potential for abuse, and withdrawal can be accompanied by strong cravings and unpleasant states. Opioid use comes with a large host of side effects, including rapid tolerance to the drug caused by desensitization of the brain’s natural opioid system, which means the same dose would achieve a smaller effect. This rapid tolerance puts users at high risk for overdose, which can potentially lead to respiratory depression or even death, which complicates effective and safe pain management.

When drugs like OxyContin were first marketed in the 1990s, pharmaceutical companies such as Purdue Pharma funded “more than 20,000 pain-related educational programs through direct sponsorship or financial grants and launched a multifaceted campaign to encourage long- term use of [opioid painkillers] for chronic non-cancer pain,” which is one of the reasons doctors were so willing to prescribe these medications despite “clear risks of addiction and overdose” (Lopez 2016). More recently, in response to the recent increase in opioid abuse and overdose cases, many doctors and patients have become more hesitant about opioid prescription. On the opposite end of the spectrum, doctors and other health servicers may start “pill mills,” operations in which these drugs are prescribed excessively or carelessly for nonmedical uses (Rutkow et al. 2015).

Prescribed opioids and heroin act on the same receptors, and both drugs can produce a similar effect, depending on the dose. This has caused public health officials to express concerns about users who abuse NMPOs transitioning to heroin in some cases. Heroin initiation has increased from 107,000 new users in 2005 to 178,000 in 2011, and heroin is cheaper and in some communities easier to obtain than prescription opioids (Muhuri et al. 2013). In an attempt to crack down on pill mills, the Drug Enforcement Administration is taking action against opioid abuse by attempting to monitor and regulate their prescription, which makes doctors even more reluctant to prescribe them even for legitimate medical use. This in turn produces cases where people who use opioids for pain management no longer have access to the treatment, which may exacerbate their symptoms, causing them to seek out alternate treatments. Data from the National Survey on Drug Use and Health (NSDUH) files has shown that 77% of people who use both heroin and prescription opioids report having used prescription opioids first (Muhuri). However, this data was based on responses to surveys, and evidence from a more rigorous qualitative method is necessary before a definite causal link can be drawn.

Currently the main goals of opioid research are to understand the way pain is regulated in the brain, discover an analgesic drug without the side effects of modern treatments, and treat existing opioid addiction. Researchers in Dr. James Zadina’s group at Tulane University have recently published a promising study for developing a non-addictive pain medication using molecules called endomorphins (Zadina et al. 2016). These drugs are chemically similar to opioids and stimulate the same receptors opioids bind to, but with minimal adverse side effects. Using several separate experiments, they tested endomorphins for side effects such as potential for abuse, respiratory depression, motor and cognitive impairment, and tolerance, and found that they were significantly safer and showed no potential for abuse.

Aside from developing effective methods of pain treatment, it is also important to solve the existing issue with opioid abuse and addiction. Although research on treating substance addiction in general is a relatively well-studied and well-funded area, its underlying causes and neural mechanisms have not been pinpointed yet. It is unclear whether addiction occurs as a result of pleasure-seeking, learned or acquired habits, withdrawal avoidance, or a combination of these factors. The efforts to develop a treatment for addiction generally focus on one of the factors, and the especially unpleasant withdrawal states opiates produce suggest that preventing these states is a promising step in treating opiate addiction. Dr. Xiaoko Chen and his research team at Stanford University published a study in Nature, in which they targeted a pathway involved in addiction (Zhu et al. 2016). They suggested that withdrawal is primarily mediated by projections from the paraventricular nucleus of the thalamus (PVT) to the nucleus accumbens (Figure 1). Chronic drug use leads to strengthening of this pathway, and Chen proposed that weakening it would block or mitigate withdrawal states from occurring. A tool called optogenetics—which uses light-sensitive molecules that are introduced into brain cells during which laser light is used to activate or deactivate them— allows scientists to control their activity. Using this technique, scientists suppressed neuronal activity in the terminals of the PVT neurons, which decreased transmission of neurotransmitters from these PVT neurons to the accumbens neurons. Because this transmission is necessary to produce strengthening of this pathway, the pathway was reverted to its original strength, effectively reversing the addictive effects of the drug.

It is important to note that both of the studies were conducted in rodents, which means that the results may not translate to humans, and the process of proposing clinical trials, evaluating success rates, and marketing the treatment is an extensive process lasting several years or even decades.

Currently, treatment of pain using prescription opioids comes with a host of side effects such as rapid tolerance and potential for abuse, even when used correctly. Researchers like Dr. Zadina and Dr. Chen have made important steps in addressing both development of a more effective treatment and the question of how to treat those who are already addicted. An effective solution to both of these issues is an important health issue that will require years of research – first to understand the mechanisms of pain and addiction, and second, to use this understanding to develop an effective treatment.