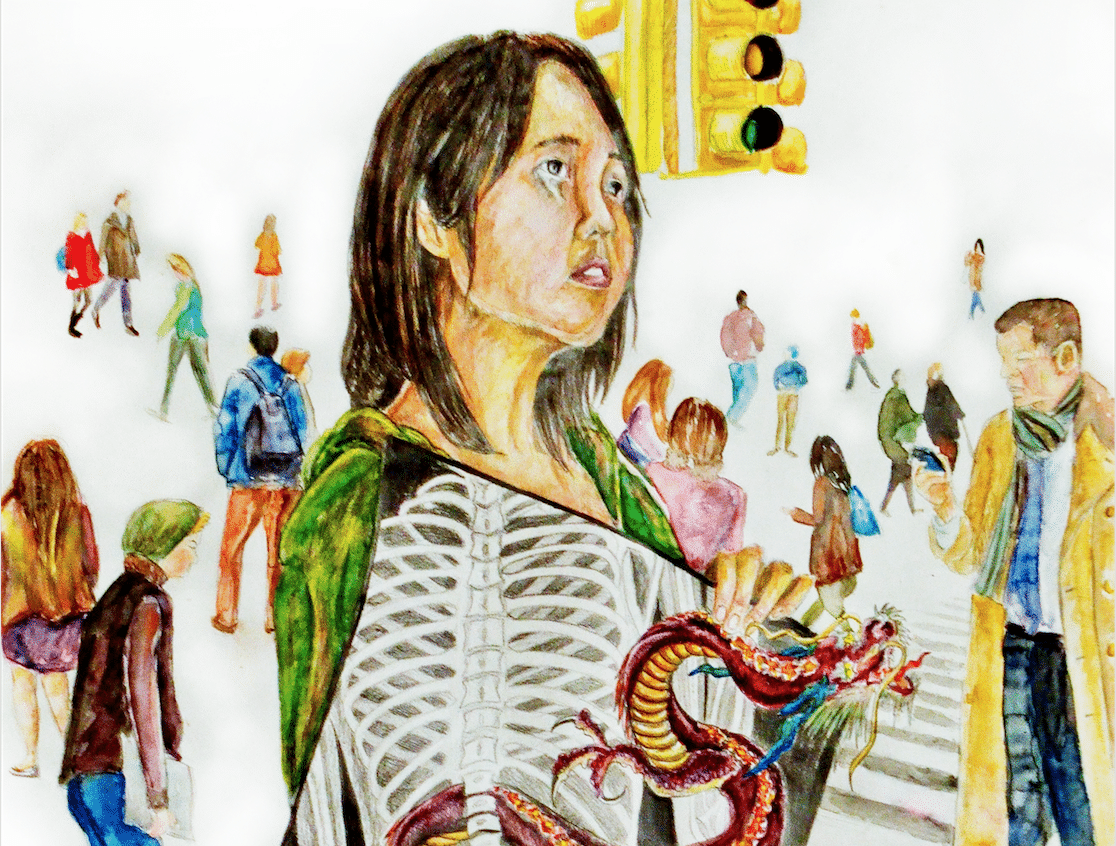 She woke up that day as if to start anew. She left her town halfway across the country for this city. She was willing to go out and give it a shot to go to college here. Moving to New York had been a dream within a dream—a fantasy left to be desired and one that should have never come true. But she was here now and the city had consumed her; it had changed her these last few days in a way that made her crave home and the security she so desperately desired. The city was different, new and exciting, but unknown, scary and terrifying in a way because she no longer felt in control of it all. New York was the New York in the movies, but it was also the New York in real life—the New York that was everything New York was supposed to be if you actually lived there. And at the moment, she did live there. She got dressed and slipped out of the room unnoticed by her sleeping roommate.

As she walked down the block, she saw a large pile of garbage bags at the exact same time she smelled them. It was awful. She gagged at the putrid odor and couldn’t believe how vile things could be here. She walked past more than a dozen people— tourists, men in suits, fashionistas— none of which saw her. Now two blocks away from her dorm, a stolid object came into her view. A few more steps revealed a man huddled in a variety of dark clothes laying flat on his side. He was deep in slumber on a flattened brown box. The man was surrounded by a pizza box, plastic bag and half-eaten fruit cup. He seemed to be cold. She looked at him and felt a mix of guilt and shame. She wondered why he was there and how he had gotten to be there. Who was supposed to be helping this man? Seconds later she walked down the murky steps, across the gritty tiles, toward the subway queue. She was taking the 6. She had to go to the Met for an essay she had to do for class. As she stood there, among the other New Yorkers waiting for the train, she thought about the life she had that was so unlike the lives of everyone who lived here. It was not the life of the hungry man she passed, not the life of the businessmen or the fashionistas that would commonly grace her presence. She was not quite a tourist, but she still had no idea what was in store for her—a life that would require restraint in a way; a safeguard against what she couldn’t stand while in New York. She didn’t want to be in anyone’s business and knew no one wanted to be in hers. Everything moved here and so would she. She followed her heart with the decisions she made and now followed the fat black rat scurrying on the train tracks with her eyes.

She looked around the crowded subway train and met the eyes of everyone and no one at all. She had once been used to seeing her mom’s face, her dad’s face, the face of her sister, Abigail, and the faces of all the people that meant something to her life. But no one was familiar now. She was surrounded, yet no one knew her name or why she was even there. She scanned the train again to see if she could make personalities out of the faces she saw. She spotted a tired-looking Hispanic woman, a hooded African-American teen asleep with headphones on, and a quaint, old Asian woman grasping some plastic bags. And then she saw, right in front of her, a guy that reminded her of her ex-boyfriend—except much cuter. His hair was perfectly placed on his head. He was someone she could probably  spend the rest of her life with. He smiled at his phone and she could feel herself beam at him. He glanced up and their eyes met for a second. She couldn’t look at him anymore. It would be too weird. She didn’t even know him. She heard the blaring speech of the conductor and stood up to get off.

After she was done perusing the art and taking some pictures she would need for her essay, she sat on the front steps of the museum. She realized she was kind of alone in her life right now. She hadn’t made any friends yet and her roommate was nice but not someone she could immediately get used to. Was it a mistake coming here? Was this really what she wanted out of her life? Living in New York wasn’t the college experience she had envisioned. She was patient though. She had always been patient, and she knew it would take some time. New York was different. It was new and like any new thing she learned in school or new move she learned in dance or any new word her little sister learned, it would take time to understand. She could hear Billy Joel bang on the keys as “New York State of Mind” played in her brain. She stepped up off the steps and walked down. She wanted to explore this place that could offer her so much. She wanted to walk down Chinatown and smell the delicious food, get some colorful gelato or just sit and enjoy the pop-up jazz bands she would see walking across Washington Square Park. She looked at the people that passed her with a hidden smile. The city had taken her in so why shouldn’t she take in all the city had to offer? She leapt off the steps. As she strode, she tripped on an uneven sidewalk and almost fell. She cursed and kept on walking. She was getting the hang of it.